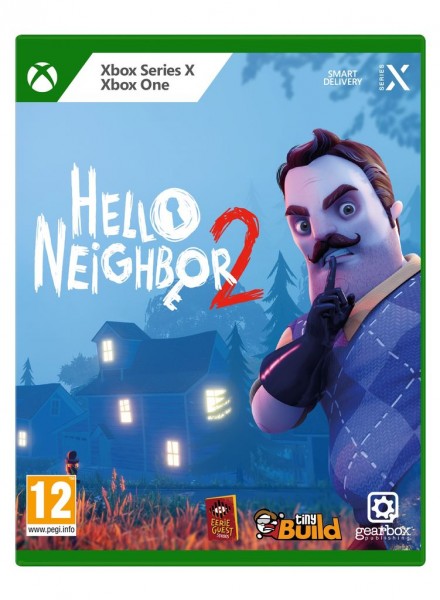 - Raven Brooks and all its mysteries are now yours to explore! Traverse the town, all of its houses and AI-driven inhabitants are now part of your playground.
- It feels like an investigative journalist simulator - sneak around and find out your neighbors' secrets.
- Can you outsmart the AIs? Every character in Hello Neighbor 2 is powered by a neural network AI, learning from the players, doing everything in their power to protect their gated community and its secrets.
- It's up to you to uncover the dark secrets hidden in Raven Brooks!